This is the most important day of Easter Week for the Cofradía California, and includes one of the great processions of Semana Santa in Cartagena, with 13 tronos (sculpted tableaux) taking part.

At 9.00 p.m. the procession of the ‘Prendimiento’ (The taking of Christ) began and it was going to finish until another six hours later. Well after an hour and a half even I had had enough.

The procession narrates the story of the betrayal of Christ through the order of the tronos, and a huge affair full of light, flowers, music, swaying satin and colour. 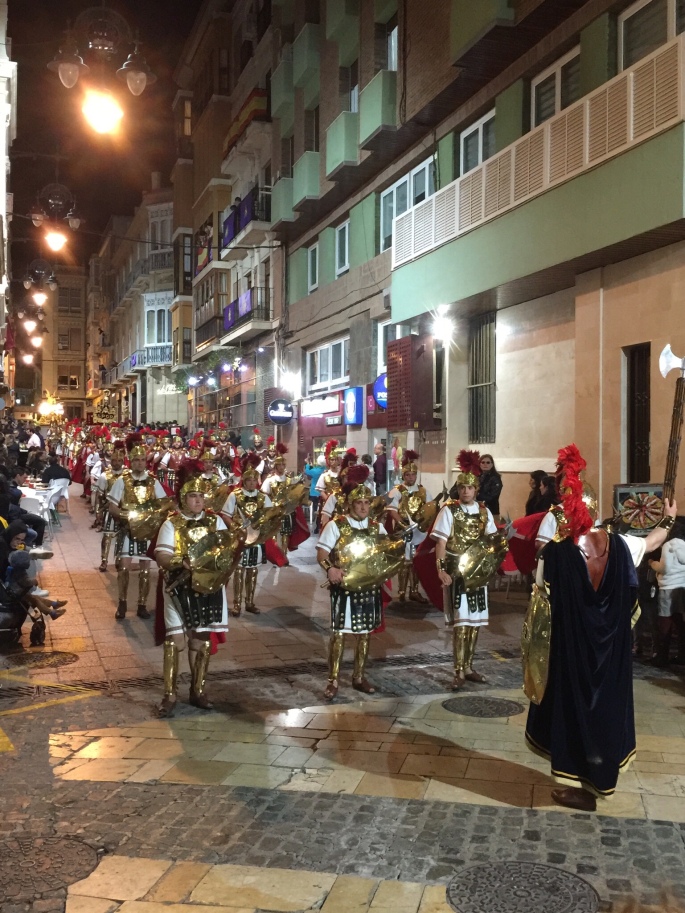 The tableau of the Last Supper, figures of Jesus and the Disciples by García Talens (1949). 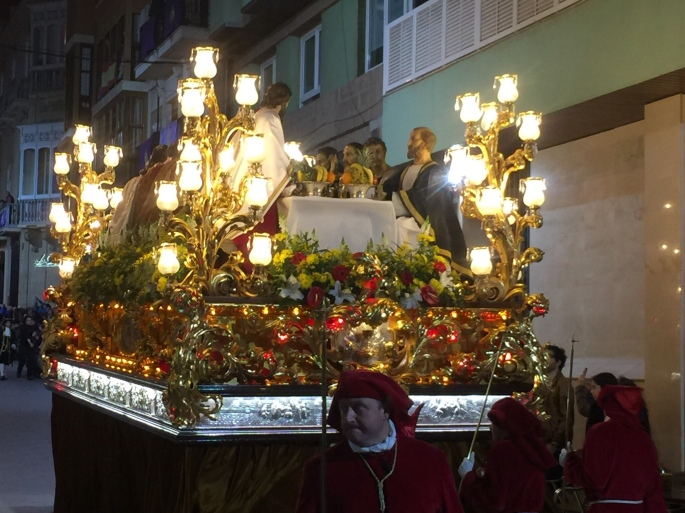 The tableau of the Oración en el Huerto (the Garden of Gethsemane) with the three sleeping disciples carved by none other than the grand master Francisco Salzillo in 1761. Jesus and the angel are by Sánchez Lozano.

The tableau of the Kiss of Judas, with Malchus and a fallen guard by Salzillo (1762)and the figures of San Pedro, Jesus, Judas and other guards by Mariano Benlliure (1946). 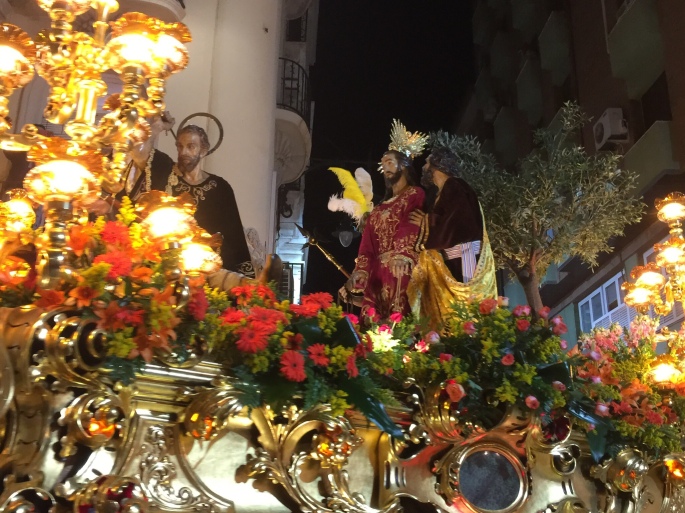 The Roman Soldiers (popularly known in Cartagena as “los judíos” (the Jews). 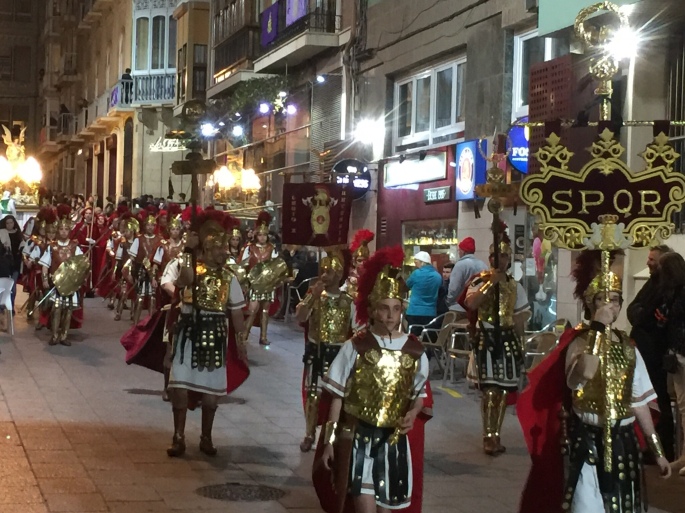 Well there were loads to come after this, but by now I’m bored and my back is aching.

Finally I want to share a picture of this young man

In the first procession he was in row one, and Craig commented how he wasn’t marching properly and clearly didn’t want to be there. Well last night, the poor love had clearly been demoted -back to row three and true to form he was as unenthusiastic as ever. Not long now lad and it will all be over for another year.

Giving the parades a miss tonight, after all can’t let my Darts team down, how would they cope without me!